The pier is a relatively short all wood construction, opened in 1876 to accommodate a regular ferry service from Lymington on the mainland.  It was also to be a landing stage for steamers from other ports and piers from both sides of the Solent.

A year after its opening, the owners installed gates across its entrance, despite local opposition.  The gates not only restricted access to the pier, but also to the beach from where many local people launched their boats, and this would affect their livelihoods.  As the owners refused to dismantle the gates, the locals took it upon themselves to remove them and they were never replaced.

Many of the supporting piles were replaced in 1916 and other substantial updates undertaken in 1927.  Despite being hardwood, the piles only last 15 to 20 years.

In 1980, it needed complete restoration in order to remain open.  Running at a loss, the owners sought consent for demolition, but this was refused.

Since then a great deal of money has been spent on rebuilding the walkway and general maintenance.  54 of the wooden piles were replaced in 2008 that had been eaten away by gribble.  The upkeep of the pier is an ongoing task.

The pier has changed slightly in length and shape over the years but still looks largely the same as when it was first constructed.

Other Isle of Wight Piers: 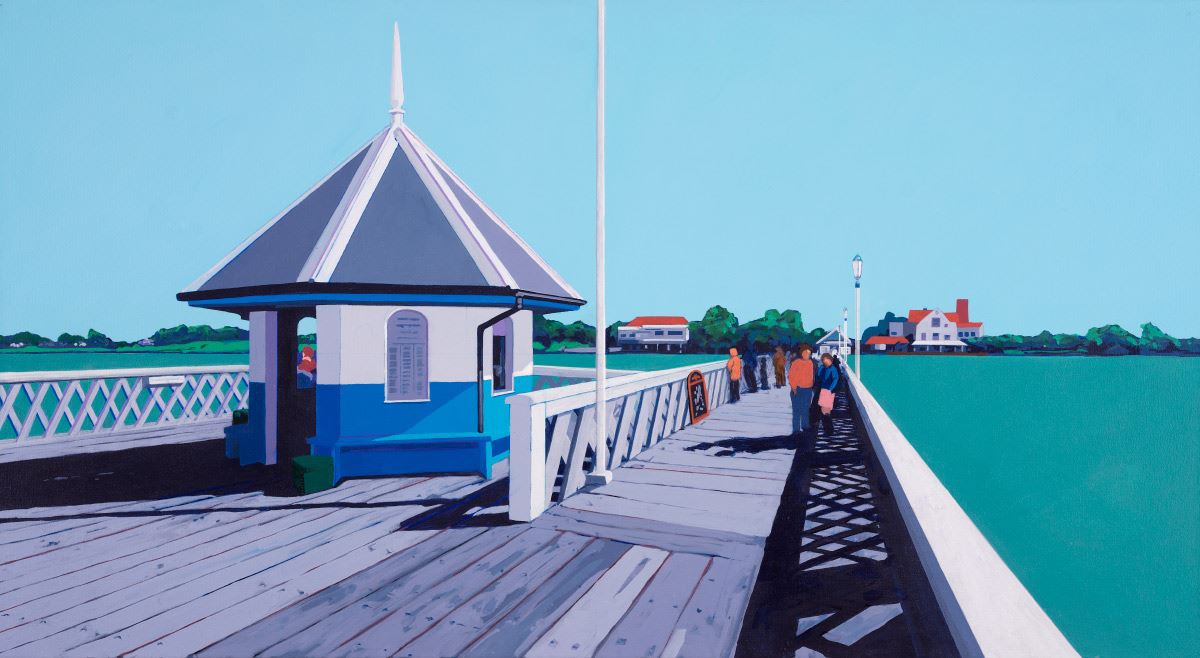