The present pier at Oceanside was built in 1987, and is its sixth incarnation.

The first, built in 1888 at what is now Wisconsin Avenue, was destroyed by storms only two years later.  The remnants of that first pier are still there and can, very occasional, be seen when the tides are right.

The second pier was built in 1894, at what is now Pier View Way, the site of all subsequent piers.  It was known as the Iron Wharf, but it was too short to accommodate commercial vessels.

The fourth opened in 1927.  Again, storms and waves battered it until by the 1940s it was clear that it had had its day.

Pier number five used a lot of concrete and was a much more solid structure.  Dedicated with much pomp in June 1947, with a parade of 48 bathing beauties, bands and other entertainment, this was a serious building aimed at attracting lots of tourists.  The ornate white-railed pier was longer than any of its predecessors.   A tram run up and down to the pier head carrying tourists.  Fishing excursions went out to barges anchored over the kelp beds a mile out.

The Pacific coast is a tough place for a pier to survive, and in 1975 a report said that the pier could collapse at any time.  In 1976 a section of the southwest corner collapsed during a storm.   Later that year there were fires in the Pier Fish Market and the Pier Café.  Problems continued, and by 1978 another 200 feet had fallen into the sea.

In 1985 a company was commissioned to restore the concrete portion of the 1927 pier.  Some of its design features hark back to the old 1927 version, but as the construction takes advantage of much newer technology, it should last a lot longer. 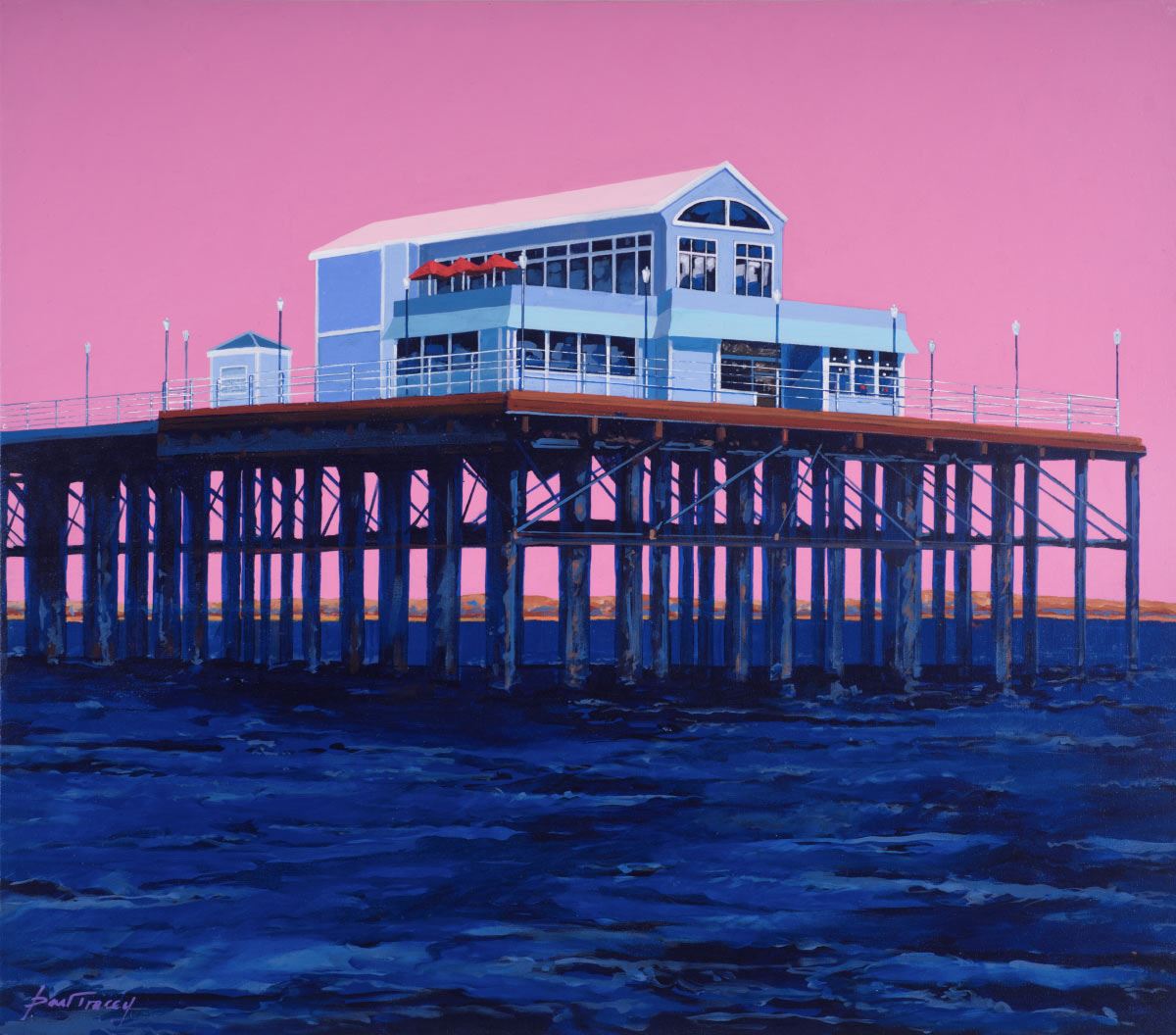