As with many of the piers in this series, Hythe Pier was built originally as a place for steamships to land their passengers.  Most of the others later evolved into pleasure piers for promenading, but I don’t think that this was ever an option for Hythe Pier: it’s far too narrow.

It was opened on New Year’s Day in 1881 to take passengers across the Solent to the Royal Pier at Southampton.  This pier is no longer there, but passengers can still take the ferry over to the Town Quay, Southampton.  Ferries run all day and well into the evening.

The pier’s main point of interest is its trains, which were installed in 1922 and are still running today.  They were built for a factory that made mustard gas in Avonmouth during the First World War, then at the end of the war they were converted from battery power to electric and brought to Hythe. 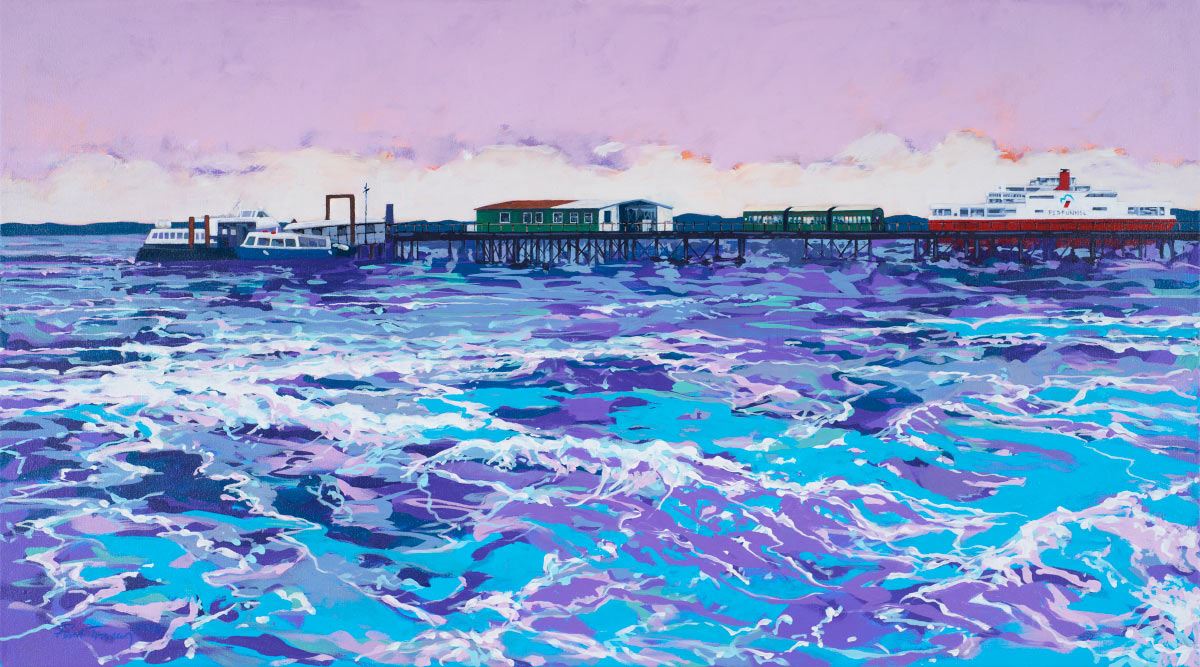