I have driven up and down the West Coast of America many times. North from San Francisco is my favorite, the drama of places like Bodega Bay are magnificent, it’s the most dramatic part of the coastline.  South of LA is very different, but this is where the piers are.

Every time I’ve visited Huntington Beach Pier the weather has been glorious, but the piers along this part of the coast have been subjected to severe storms and even earthquakes.

The first pier at Huntington was built of wood in 1902, that was unsurprisingly blown down in 1910.

Next time they used concrete. Dedicated in 1914, at the time it was the longest in the US. Then in 1931, they extended it even further. In the earthquake of 1933, as featured in The Last Tycoon, the new extension parted company from the main part. Soon patched up, a hurricane in 1939 did it’s worst, but to their credit, it was repaired within a year.

The construction of what you now see was completed in 1992 and replicates the architectural form of the 1914 design.

It has it’s own live webcam that looks along the pier out towards the west. It’s busy, but never feels crowded, Ruby’s on the pier head, fishing, whale watching, volleyball on the beach – all very Californian. 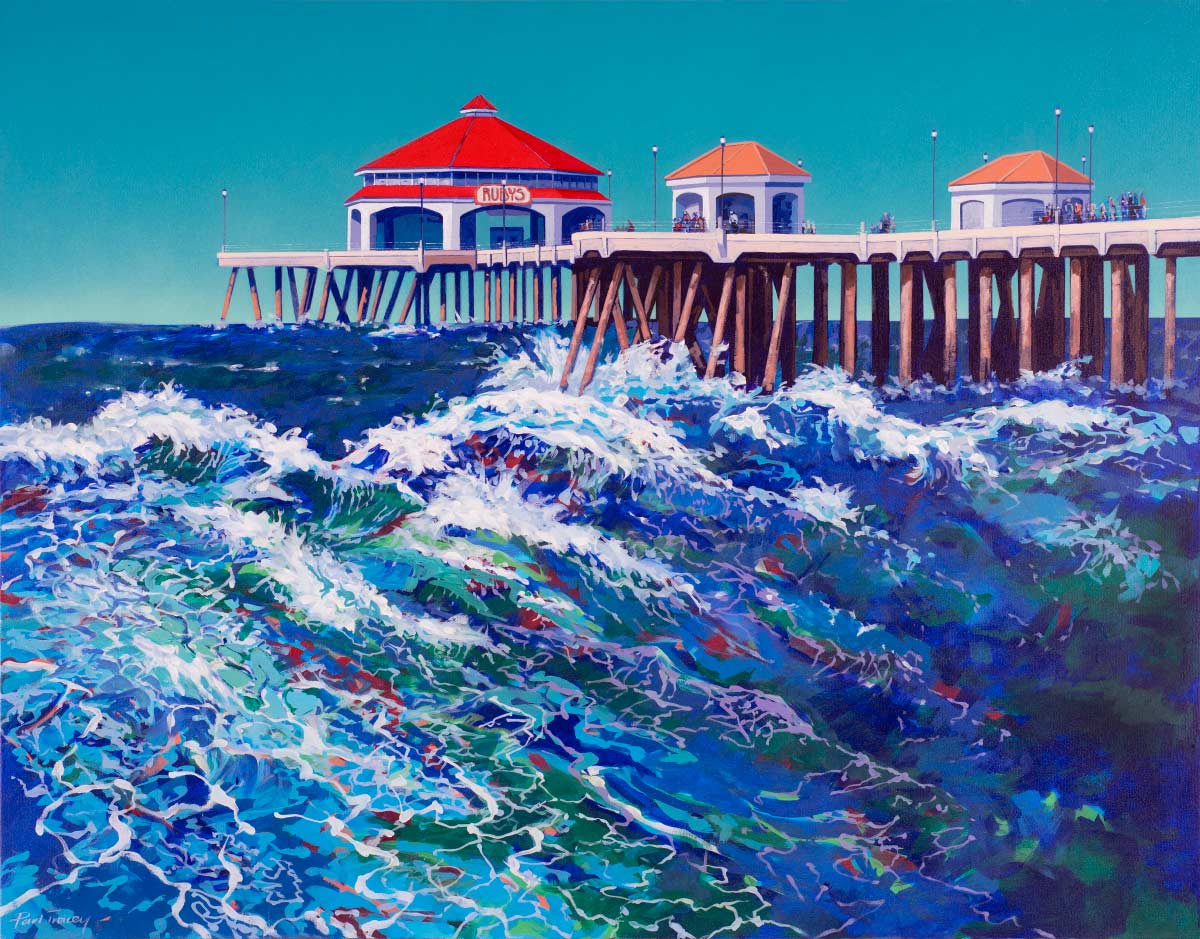