Hastings Pier, opened in 1872, was designed by the great Victorian designer Eugenius Birch, who also designed Brighton’s West Pier and Eastbourne Pier along the same coastline.

There were 600 guests at the opening ceremony, including Egyptian princes.

The original pavilion was destroyed by fire in 1917, but replaced in 1922, with some art deco features added in the 30s.  In the 60s and 70s, the pavilion staged performances by Jimi Hendrix, The Rolling Stones, The Who, Tom Jones, Pink Floyd, and many others.  Pink Floyd founder Syd Barrett played his last ever show with the band here on the 20th January 1968.

Parts of the pier were listed in 1976 and from then on the pier started an erratic course of renovation and ownership.  In 1990 it suffered considerable storm damage.  In July 2006 Hastings Borough Council, upon discovering that part of the pier’s structure was unsafe, promptly closed it 24 hours before a performance was due to take place.

In 2009 the owners of The Grand Pier, in Weston-super-Mare, examined the Hastings pier and their verdict was that it was ‘one good storm away from collapse’.   The final blow came in October 2010 when 95% of the superstructure of the pier was destroyed by fire, probably arson.  The original Birch columns survived intact, but little else.

A compulsory purchase order was made in 2013, taking the pier into local government ownership, making the it eligible for a £13m renovation grant from The Heritage Lottery Fund. The work was completed in 2016.

The new pier looked nothing like what it had replaced.  The architects described their creation as a ‘canvas where people bring the colour’.  Many locals called it ‘The Plank’.  The architects said that it aimed not to obstruct the experience of air, view and sea, although that generally comes free.

Very soon after all that public money had been spent on what was a community asset, the highly paid administrators sold it to a controversial local businessman for £60,000, despite a higher offer from a local group.

The pier reopened in 2018, the new owner banning a list of activities normally associated with visiting piers. 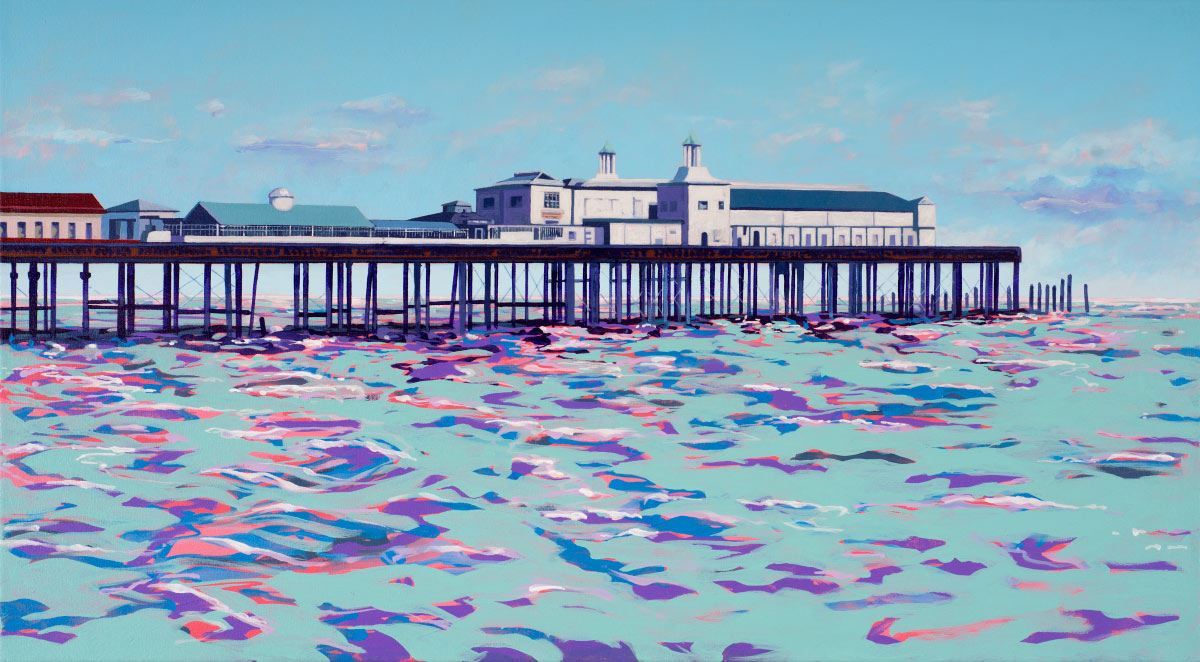