The pier opened in 1888.  It had a pavilion that was leased to theatrical companies who provided suitable highbrow entertainments for Folkestone’s largely aristocratic clientele. The pavilion had refreshment bars on the ground floor and a dining room and balcony on the first floor.

A floating landing stage was erected off the pier head the following year, although it seems to have been less than successful as it was demolished in 1892.

Despite famous entertainers performing on the pier, it made little, if any, profit.  Big names who played on the pier included Marie Lloyd, Dan Leno, Arthur Roberts, Harry Randall and Lillie Langtry.

By 1907, the type of acts being booked started to change.  In came wrestling and beauty contests, and a cinema.  Lots of popular competitions were held, such as best ankle, best hair, nicest smile from a child and a whole host of others.  These were instantly popular with the ever-increasing number of working and middle class visitors coming to Folkestone.

Roller skating had its own rink on the western side of the pier gardens and there was an open-air dancing arena on the pier deck along with a rifle range.  The cinema was so popular that it regularly broke the law banning the showing of films on Sundays – the profits were higher than the fines.

The pier stayed open during the First World War, and was popular with the many troops recuperating in Folkestone’s rest camps.

An inspection in 1935 revealed that much of the ironwork was corroded and the wooden decking rotten; it was clearly in need of a major overhaul, although it stayed open for a little longer.

In June 1940, the pier closed, and the centre section of the structure was blown up as a defence measure.  Unsurprisingly the pier became very run-down as the war dragged on.

Unfortunately, it became a challenge for dare devil locals to climb along it and in 1945 one of these idiots deliberately set fire to the pavilion, destroying the seaward end.

The fire ended the hope that the pier could be repaired after the war and it lay derelict.  The only question left was how, when and who would pay for its demolition.

The demolition started in 1952, and the last section of the old pier was finally blown up in 1954.

All that is left today is a section of the landside support and part of an iron supporting column. 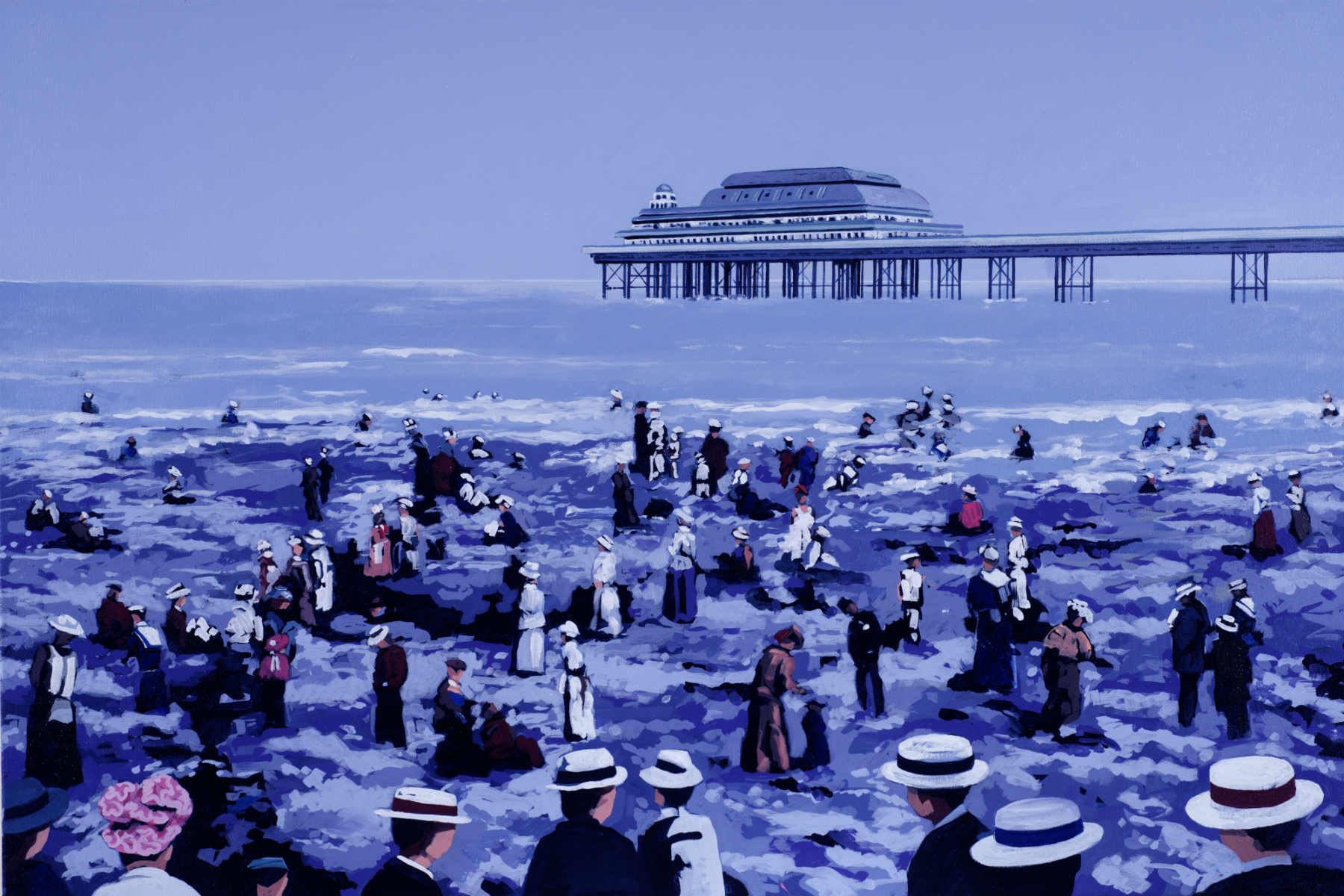