It was the success of Blackpool’s North Pier which prompted the building of what was originally called the South Pier, now known as Blackpool Central Pier.  Although a different designer was appointed, the same construction company built both piers.

From the start, the pier’s owners aimed to provide fun, rather than the more classy pastimes provided for the North Pier’s more stylish crowd, so dances, rather than concerts. Later came fairground rides and amusement machines. Steamboats docked at both piers.

After the Second World War, amusements and activities evolved, depending upon what was popular at the time. Dance halls became theatres, bars became more popular and gave themselves ever more sassy names. Along came dodgems, waltzers, roller skating and other popular attractions.

The Ferris wheel was built in 1990, giving it a high profile along the beach.

The Central pier has avoided the usual long list of regular fires and boat collisions that afflict most piers.

The Sedgwick family own all three Blackpool piers and are doing a good job keeping them looking good and in decent working order. 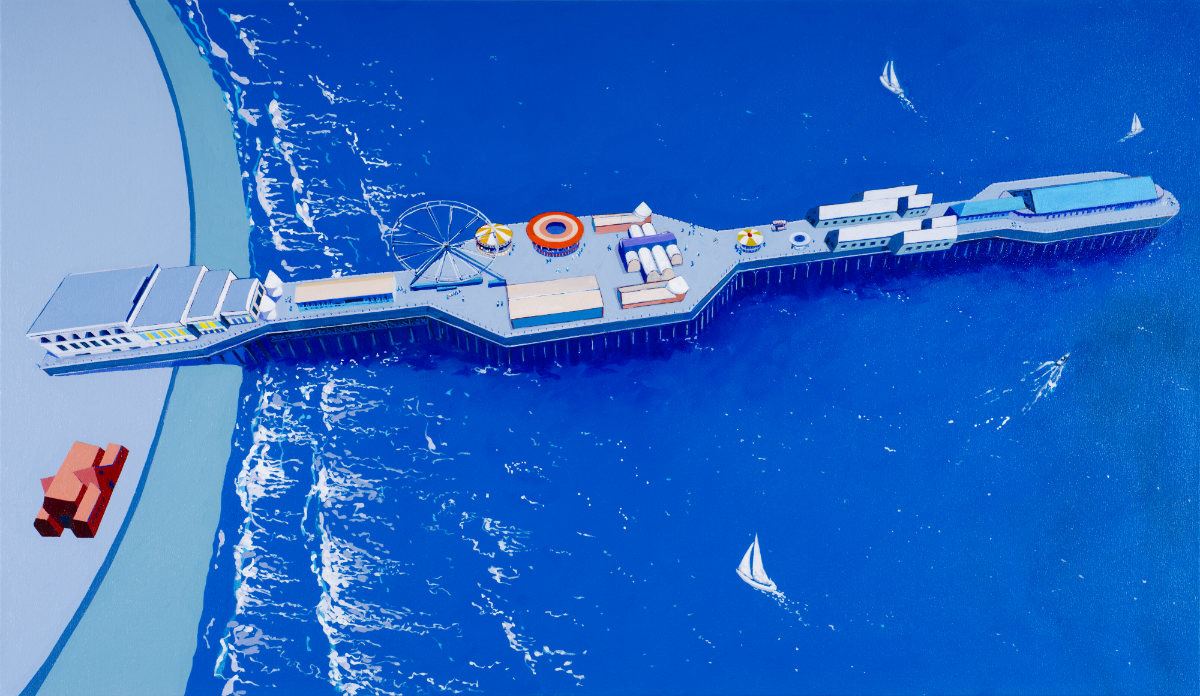